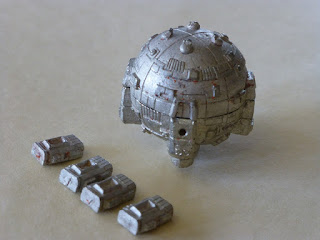 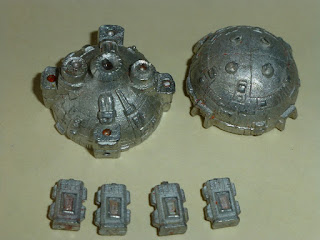 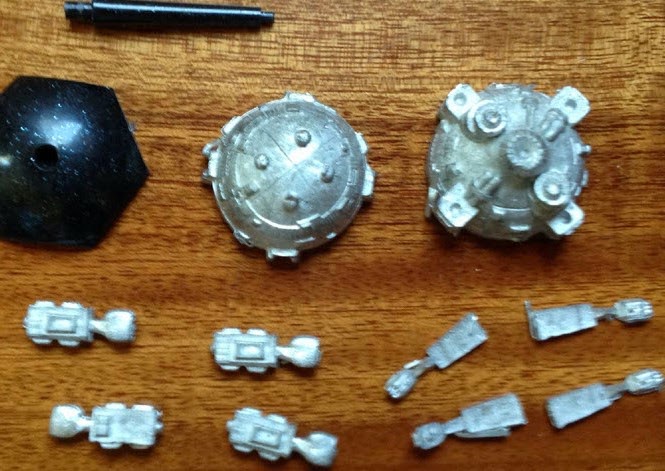 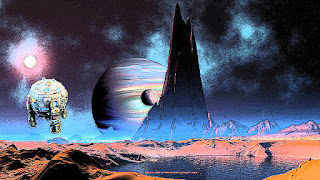 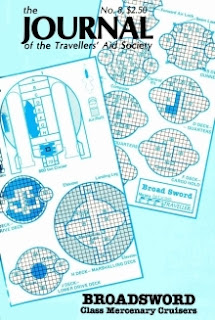 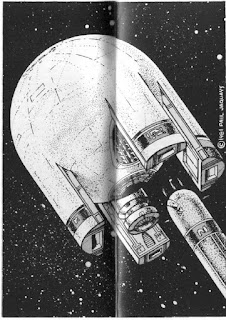 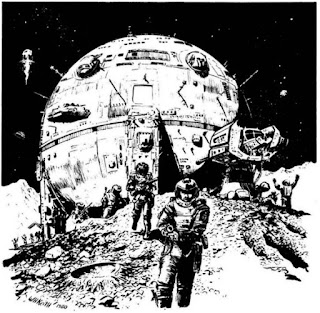 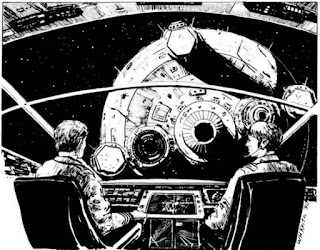 The Broadsword class Mercenary Cruiser is an 800-ton spherical hulled starship designed for a wide range of military and quasi-military missions, and is essentially a type C cruiser. It is built to carry small troop units for corporate or government operations. Some changes, alterations, and modifications, however, have been imposed to make the ship more adaptable to a variety of different operations.

The ship itself is unstreamlined, although it has sufficient lack of projections to allow it to skim hydrogen from gas giants in order to refuel. It may land on vacuum worlds, but generally interacts with the surfaces of worlds through its complement of 50-ton cutters, their interchangeable modules, and the ship's single air/raft. The cutters can carry cargo and supplies from a starport to the ship, troops and ATVs to a world surface for battle, or passengers from point to point. The air/raft, while slower, also has orbital capability and can be used when the cutters are otherwise occupied. 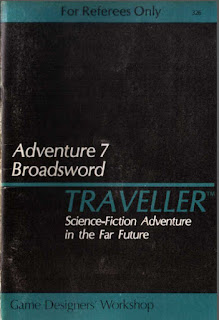 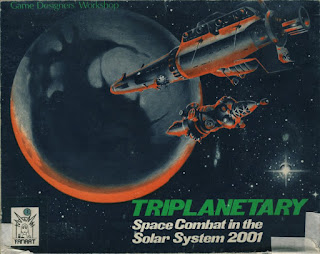 "Triplanetary is a game-simulation of interplanetary conflict in the early 21st Century. Spaceships of various strengths and capabilities use vector movement to flit across the Solar System in scenarios reproducing the future conflicts of piracy, alien invasion, interplanetary war, and political oppression." 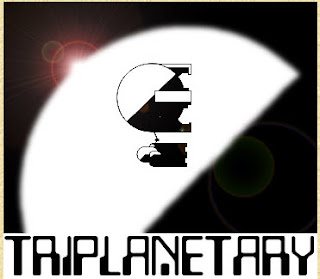 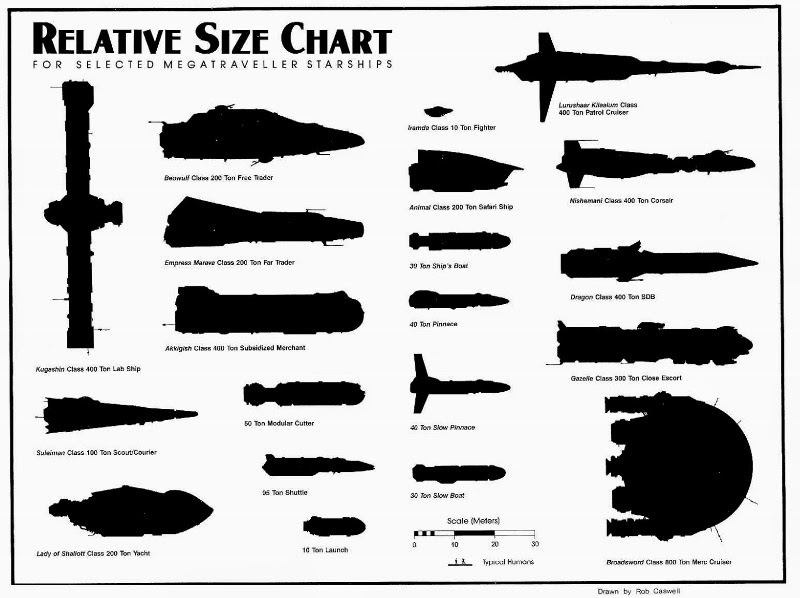 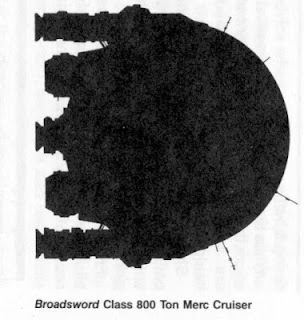 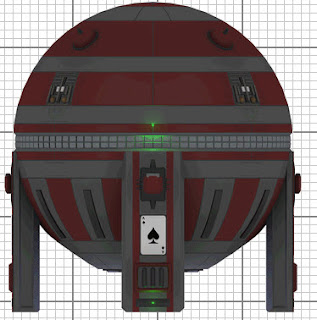 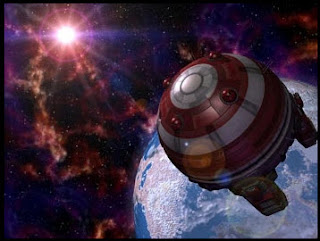 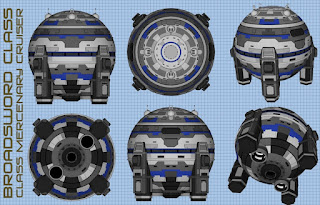 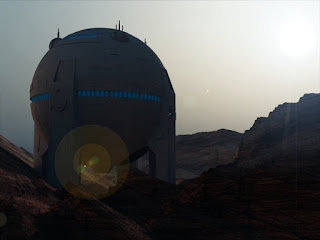 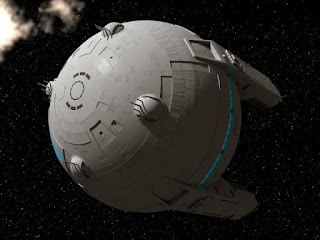 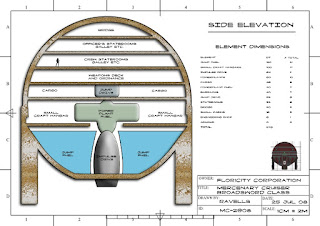 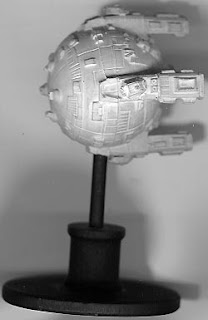 Traveller - Striker Mini Movie
A pair of Broadsword-class Mercenary Cruisers arrive in-system, fight their way past a trio of Dragon-class SDBs, and try to capture a military base on the plane 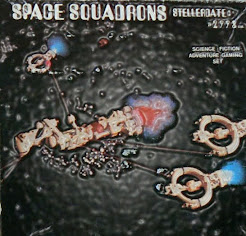